What are Analog Devices products with functional safety

What are Analog Devices products with functional safety

What is functional safety?

Functional safety is one of the ways to ensure an acceptable level of safety by introducing functions that ensure safety.

Relationship between functional safety and SIL

In IEC 61508, the SIL is divided into four stages from 1 to 4, with each stage being more secure.
There are other functional safety standards that are equivalent to SIL.
For example, ASIL (Automotive Safety Integrity Levels) and ISO 13849 apply to automobiles.
ASIL Performance Level (PL) A to E can correspond to SIL1 to SIL3.

What are the diagnostic functions necessary for functional safety?

IEC 61508 defines the Safe Failure Fraction (SFF) as the minimum required level of diagnostic coverage.
SFF for Safety and Critical Failures is related to but different from Diagnostic Coverage (DC) for Safety Failures.
An indication of the proper functioning of an implemented diagnostic function can be measured using a quantified Failure Mode and Effect Analysis (FMEA) or Failure Modes Effects and Diagnostics Analysis (FMEDA).

One way to achieve high diagnostic coverage is to provide redundancy at the component level. In this case, error detection is not done directly, but indirectly by comparing two (or more) outputs that should be identical.
However, this approach can increase the power consumption of the system and the ultimate cost. 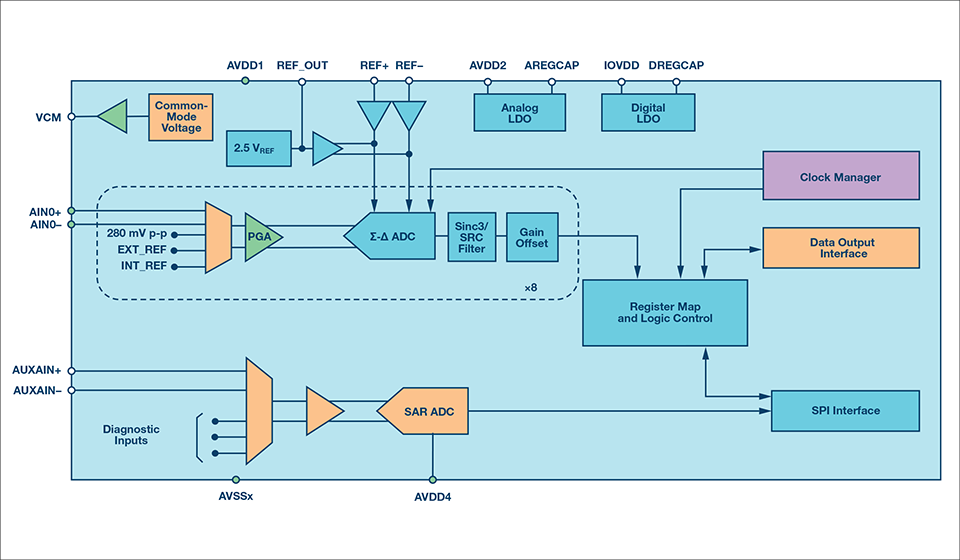 The AD7768-1 has a built - in multiplexer for analog diagnostics. It also has a Cyclic Redundancy Check (CRC) that can be used to monitor and diagnose the following : 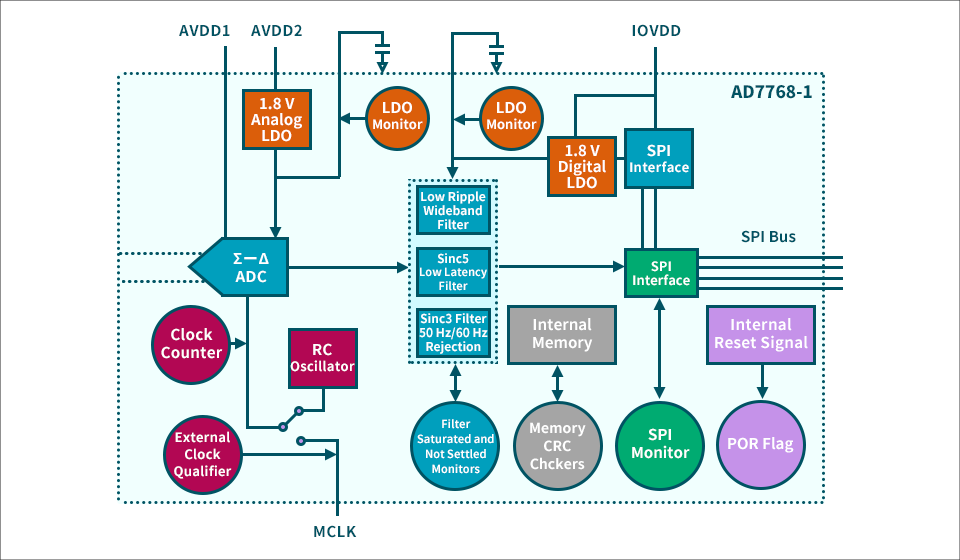 These features reduce board space, design cycles, and cost by eliminating the need for external diagnostic parts.

The Failure Mode Impact / Diagnostic Analysis (FMEDA) for the standard application shows a safe failure rate (SFF) of more than 90% according to IEC 61508.

In addition, robustness is enhanced by including fault protection switches on the VIOUT, + VSENSE, and - VSENSE pins.